Home All About Carbohydrates: How carbs affect your health and performance. |

All About Carbohydrates: How carbs affect your health and performance. |

Carbohydrates (and to some extent proteins) are essential for the human body to function at its peak. This is why athletes and fitness enthusiasts are always on the lookout for the right foods that will help them perform better. The problem is, when it comes to bodybuilding and weight loss, several myths are created about carbohydrates and their role in either getting or keeping lean.

The basics of how carbohydrates can affect your health and performance. As the Yiddish proverb goes, “If you are bitter in the heart, sugar in the mouth will not help you.” To put it another way, if your blood triglycerides are elevated, you might want to reconsider that cola.

Carbohydrates are organic molecules typically classified according to their structure. And, structurally speaking, there are two types of carbohydrates: simple and complex.

Simple carbohydrates are smaller, more easily processed molecules known as mono- and disaccharides since they contain either one sugar molecule or two sugar molecules linked together.

Complex carbohydrates, on the other hand, are called polysaccharides since they have more than two sugar groups linked together.

Here are a couple of diagrams that show what some of these structures look like:

Each subtype of carbohydrate has different effects in the human body depending on its structure and its food source, which affect things like:

Why is carbohydrate intake so important?

Carbohydrate consumption can alter energy dynamics and disease progression in the body.

All carbohydrates we consume are digested into monosaccharides or simple sugars before they’re absorbed by the body, regardless of whether the food source is a simple sugar cube or a high-fiber, low glycemic index bowl of oatmeal. It’s just that the “healthier carbs” are digested and absorbed much slower while the “non-healthy” carbs are digested very quickly.

Once broken down and absorbed, these monosaccharides/sugars go to the liver to fill energy stores. After that, they enter the bloodstream and venture out to the other cells of the body. This is when insulin is released to handle this “sugar load” on the body.

Carbohydrates are primarily a source of immediate energy for all of your body’s cells.

What you should know

Although the fundamental process of digestion is the same, people differ in their tolerance and handling of carbohydrates. However, carbohydrate type also plays an important role.

When the diet consists of simple sugars and refined carbohydrates (which the body breaks down rapidly), one may notice elevations in blood triglyceride levels, bad cholesterol, and insulin resistance.

The chart below compares the glycemic response (i.e., the rise in blood glucose levels) between eating a high-GI food (glucose) and a low-GI food (beans). Notice how with glucose (red area), blood glucose rises quickly and peaks shortly after ingestion.

The minimal recommended intake for carbohydrate is 130 grams per day for the general population. The amount of carbohydrate that should be consumed depends on body size and activity levels: bigger and/or more active people need more while smaller and more sedentary people require less. Intake is also dependent on dietary fat and protein intake.

The average person’s minimum carbohydrate intake should be 130 grams per day, with a majority coming from vegetables and fruits. Higher amounts of carbohydrates are needed with increased muscle mass and increased physical activity levels. However, excessive carbohydrate consumption will be stored for future use (as fat or glycogen).

The rate at which the carbohydrate is digested and absorbed can influence body composition and health.

Martinez ME, McPherson RS, Levin B, Glober GA. A case-control study of dietary intake and other lifestyle risk factors for hyperplastic polyps. Gastroenterology 1997;113:423-429.

The health and fitness world can sometimes be a confusing place. But it doesn’t have to be.

In it you’ll learn the best eating, exercise, and lifestyle strategies – unique and personal – for you.

How does carbohydrates improve performance?

Carbohydrates are a source of energy for the body. They are broken down into glucose, which is then used by the muscles to produce energy.

What do carbohydrates do for the body?

Carbohydrates are a type of macronutrient that the body uses for energy.

What are the effects of eating too much carbohydrates?

Eating too much carbohydrates can cause weight gain, high blood sugar, and insulin resistance. 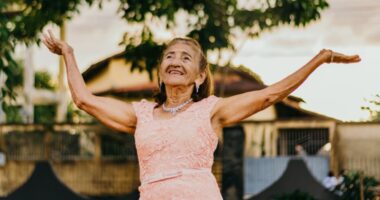 Life expectancy is on a constant rise as people are living longer,…

Managing your stress is a crucial part of getting things done. In…

This time of year, many of us become aware of the pervasive…
A woman with PCOS can have a difficult pregnancy, and it can…