Recent reports from both UK and US media suggest that a new diet craze, “ketogenic dieting”, is sweeping social media, resulting in women suffering a nasty side effect. The diet is aimed at weight loss and increases energy, and is becoming increasingly popular in the US. On the surface, the diet is simple: skip carbs, and eat more fat (mostly to be found in the form of butter, meat, and cheese).

So, you’ve heard of the Keto Crotch. It’s been all the rage lately, and the main reason is that people have been getting a little… excited about it. But, how exciting is it really? Is it a healthy way to lose weight? Or is it just another diet fad in the diet industry? The Keto Crotch diet is not a diet. It’s not a “way to eat”. It’s a “way to work out”. It’s an exercise that makes your body burn enough energy to lose weight without actually having to change your diet.

Lately, popular women’s magazines have been publishing numerous articles about so-called keto poverty. Many of these articles were accompanied by a picture of a fish, in case the readers’ virtual olfactory system needed some inspiration. What is this keto stuff? Does it really exist?

At first I just shrugged and smiled. I thought so: Is this their new invention to scare people away from the keto diet? But then it hit me: As a woman and a GP who treats women, I have to be careful when it comes to the vagina. And if my vagina starts smelling like bacon or organic ghee soon, I’d like to know! So I decided to shed some light on this new phenomenon.

Women following a ketogenic diet experience a temporary change in vaginal odor. It is neither positive nor negative in itself. It’s just a change of smell. But that wouldn’t attract much attention, would it? All the articles I read used rather pejorative terms like stinky side effect, stinky vagina, smelly vagina, bad smell or bad odor; some even said it was a pretty serious downside to the keto diet, to be expected along with keto breath, keto flu and keto diarrhea. They say vaginas can be disgusting when you’re on a diet.

Almost every article quotes a specialist, such as a gynecologist or a nutritionist. Most of these experts take a more subtle approach, reminding readers that any significant change in diet can affect vaginal pH, which can be observed as a change in odor. However, a nutritionist explains that keto can not only change the pH of the vagina, but this change in pH can lead to the growth of bad bacteria, irritation, bad odor and infection. In fact, she suggested that the keto diet would lead to a bacterial infection called bacterial vaginosis.

Another article quotes a Reddit writer who said her ketone strength was so high that she had to keep panty liners in her purse and change them every few hours because her vaginal discharge was so heavy.

I have been following a low-carb/keto diet myself for three years and have been offering this diet to my patients as a therapeutic method for almost as long. I’ve never had such problems. But since there is nothing in the scientific literature about the proverbial prevalence of keto, I decided to investigate it, however unscientific it may be.

I interviewed a Facebook group I created for people interested in low-carb and ketogenic diets, Keto Experts Qc, which is moderated by myself and my multidisciplinary team. Dozens of people reported no change or a temporary change in odor that persisted for several weeks, but could not be described as smelly or pungent. Several same-sex partners also confirmed that the smell was virtually unchanged.

In the almost six years that I have been following a strict low-carb diet and interacting with hundreds of thousands of people through social media and my Facebook groups (over 250,000 people like Low Carb Journey – Cooking Keto with Kristie), I have participated in almost every discussion imaginable about personal health and low-carb or keto eating. Not once was the problem of vaginal odor a part of these discussions. Bad breath or changes in body odor are not uncommon problems, but they usually occur in the early stages of adjustment and are not long-term or permanent problems. Compared to the fight against obesity and metabolic disorders, the short-term fight against changes in body odor is quite simple.

To date, we have treated more than 10,000 patients. About 65% of them are women. Not once has a woman challenged me on this subject. In fact, we see the opposite: Women are experiencing fewer and fewer fungal infections and bladder infections, especially in our diabetic patients who normalize their blood sugar and stop taking SGLT2 inhibitors (which is a medication that excretes sugar in the urine).

Dr. Ken Berry also confirms in his YouTube video on the subject that he treats far fewer vaginal and bladder infections in his patients who follow a low-carb diet.

Just when I was about to conclude that this was another myth, I received a number of private messages from several women who admitted that at some point in their keto journey, they noticed an unpleasant odor coming from their vaginas that persisted for a few weeks before disappearing on its own. No one told their doctor about this problem.

Keto is good for many things. It has helped many of my patients reverse metabolic syndrome, obesity, type 2 diabetes, chronic pain, chronic fatigue, etc. It can certainly help people improve their metabolic health, but as I often tell my patients, it’s not a panacea. During the keto diet, you can still get or develop illnesses, such as the common cold, glaucoma or cancer. A study on the prevalence of bacterial vaginosis (BV) found that 29.2% of the more than 4,000 women who participated in the study and were tested had BV, but 84% of them were completely asymptomatic. Therefore, BW is very common.

The poor lady who had to change her panty liners every two hours and the women who took the time to send me a private email were probably suffering from something other than keto promotion. Maybe they had bacterial vaginosis? In any case, any woman who notices a significant change in vaginal odor or discharge should consult a doctor and get a proper diagnosis. And please, no sprinkling!

I’m surprised that these keto promotional articles are popping up everywhere at once, going viral, and they’re all negative. In fact, I think it’s a collaborative, carefully orchestrated effort. But why?

All the articles I’ve read have a general conclusion:

The reason why this fear campaign is only about the vagina is simple. According to an article in Psychology Today, men are more concerned about the size of their genitals, while women are more concerned about the smell. Women are afraid that what’s between their legs will stink (in descending order): Fish, vinegar, onions, ammonia, garlic, cheese, body odor, urine, bread, bleach, feces, sweat, metal, dirty feet, garbage and rotting meat.

I don’t think anyone appreciates how low-carb and ketogenic diets have helped hundreds of thousands of people get healthy, get off certain medications, and reach a healthy weight. And since science supports low-carb and keto diets, the best way to deal with this uncomfortable situation is to launch a well-orchestrated viral fear campaign that capitalizes on women’s insecurities and greatest intimate concerns by creating fears and doubts to dissuade them from trying the keto diet.

Unfortunately, the basic message seems to be: Eating as a therapeutic method is dangerous; it’s better to stick to proven commercial weight loss products and programs that are much safer for your vagina, and therefore for you.

I’m not laughing anymore. This fear campaign, possibly misogynistic, is harmful. My advice is simple: Don’t fall for it. Reject this potentially planned misinformation.

And now we can all sit back and wait for the next move on the other side. What will it be? Does the keto diet make you unshaven, cause you to die four years early (oh wait, that’s been done before), or attract spiders to your room while you sleep? All bets are off!

Is keto crotch a yeast infection?

No, keto crotch is not a yeast infection.

What is keto crotch?

Keto crotch is a term used to describe the area of your body that is between your thighs.

Ketosis smells like a mix of acetone, nail polish remover, and vinegar.

The miracle seed, chia—a seed with a long history as an important…

There are many misconceptions about eating low carb. I know because I… 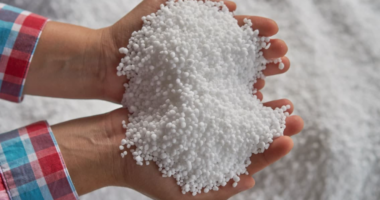 Nitrates and nitrites are found in a wide variety of foods, especially…